Actionable Strategy for your Organization's Success

Results happen when the right strategy meets the right tactics. 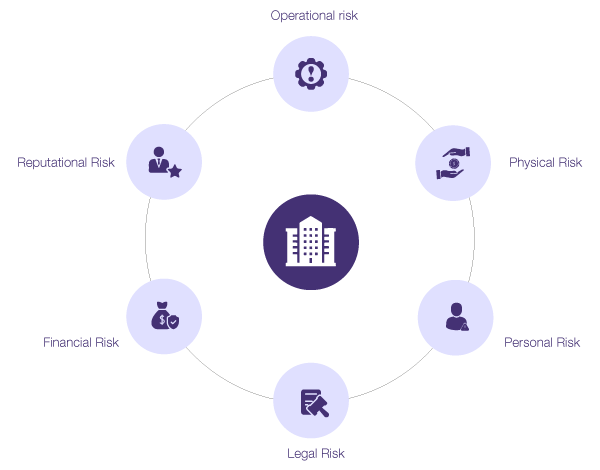 An obsolete or irrelevant strategy can be lethal for your organization

Worthless strategy makes room for needless tactics. Together, these create unusable or undesirable outcomes. Such outcomes expose your company to up to six kinds of risks.

Learn the truth behind strategy Strategic management beyond the boardroom. 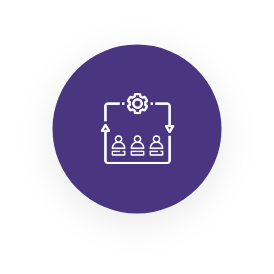 Turn your organization's possibilities into reality 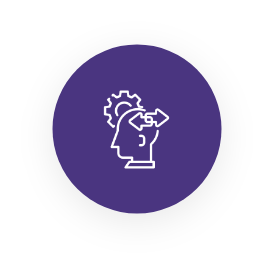 A good strategic plan can make all the difference. It is what makes strategic implementation a breeze. 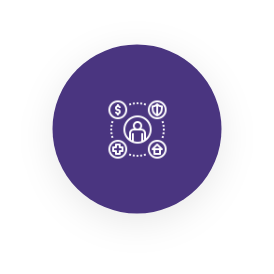 Reap the benefits that matter for your organization

The five step strategy to attain your organization's true success 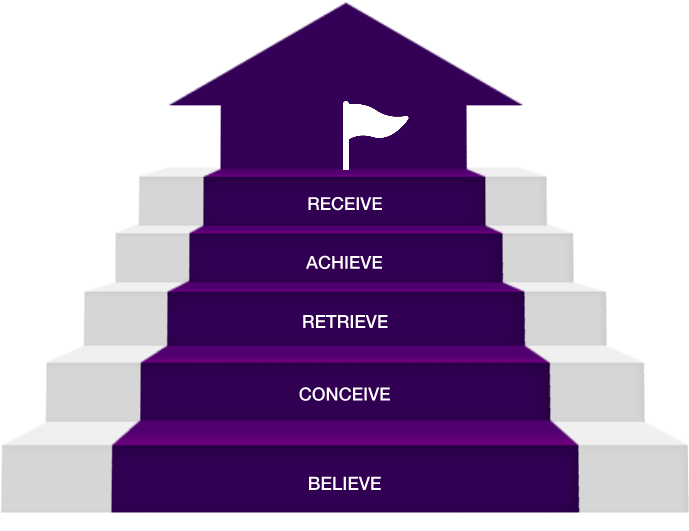 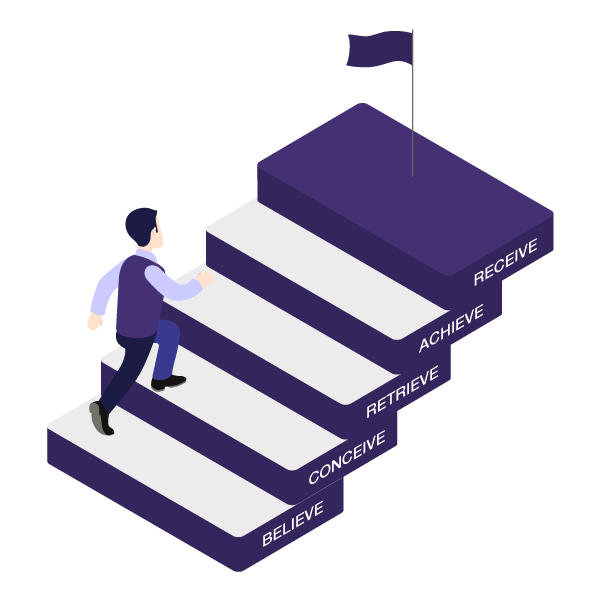 Story of the Success Stairway

It was 2009, a young(er) Andrew Bycroft (co-founder of iResilience) had recently pivoted in his career, was about to get married, and buy his first house. A lot of major things were happening very fast. But this was not the only time when so much was happening so fast. While each of these were life-altering decisions happening simultaneously in february 2009, this story begins much earlier. In fact, more than a couple of decades earlier.

Andrew Bycroft grew up desperately poor. So much so, there was hardly enough to eat in the house. Being a quiet person, an introvert, he was told things which, in today’s time would be called demoralizing or disempowering.

“You are too quiet Andrew”, one of his parents told him, “If you stay this quiet then no one will notice you and you will not amount to anything”. Talk about cultivating a powerful mindset in your children and encouraging them.

However, Andrew remained unfazed by such statements. Even as a kid he had a strong belief that he can outthink, out work, and outperform anyone. And intuitively, he understood that it is better to be noticed for one’s work than the noise one can make.

Back to 2009, Andrew Bycroft had already experienced a good measure of success. He was making about $80K per annum. For someone who grew up poor, this was no small feat. And he had already switched careers a few times by that point – He had been a Physicist, an IT Manager, a Computer Networking Specialist, and a Cyber Security Expert who was often sought out by high profile companies as well as the media who would have him comment on the impact cyber-attacks were having on large global companies. But the challenge of this new role was something he had not experienced before, because it was no longer about working harder, it was about thinking in a different way entirely. He had to do sales, marketing, and delivery.

So, he sat down on a hot February morning, yes, it is summer in January in Australia, and pondered the question – What has been the contributor to my success up until this point?

Why has he been so successful whereas everyone else he grew up with had not seen the success he had? Why his strategic planning worked when so many others did not? He attempted to analyse success as he had experienced it. And while many have studied others’ success, it is more important to study your own trials, tribulations, and triumphs – your own success journey. For one, you don’t get to lie to yourself. You don’t get to hide anything, and everything is as raw and real as it gets.

His analysis revealed a few things that were paramount. He knew that he had an empowering self-belief system. He genuinely believed that he could attain anything that he sets himself upon; he had already seen it happen. He knew that he comes up with good plans that can get him to his desired destination. He also thought about the fact that he does not spare any expense when the time comes to investing in the tools, learning, or any other resources. The fact that he has had a good return on his investments reinforced the importance of investing in himself. He also knew that he worked diligently and in a more focused manner than just about everyone else he knew, sparing no effort when it comes to doing the actions to get to his goal. Finally, he was good at converting those efforts into meaningful results and being recognized for his results.

To boil it down, he came across a five-part formula

This revelation had a very profound impact on the young Andrew and soon, he began to see big results in his life. Within 2 years, he jumped from earning $80K per year to over $250K per year. In the next 3 years, he started making a million dollars every year, yes, every single year. And the trajectory continued upwards ever since. Since then, he has mentored more than a 100 people, many of whom have become millionaires themselves all with real Jobs and businesses, not some pyramid scheme or an alternate career that sounds doubtful from the get-go.

Around the time the five-part formula, which has now become known as the Success Stairway, there were lot of success gurus that were forging a name for themselves. Napoleon Hill was a rage; Rhonda Byrne was hot and there were many others. Each had a different, yet incomplete formula for success.

Napoleon Hill’s formula that can be distilled from his book – Think and Grow Rich is – Conceive, Believe, Achieve, where achieve means to attain the success you want. And while many have attempted to attain success with this formula, they have mostly met with the same result that Napoleon Hill experienced himself, who, for those that don’t know, died in poverty. And through no fault of their own, the formula itself is broken.

How can you attain something without putting in the effort, without undertaking some form of action? And the name of book itself makes this point – Think and Grow Rich – You can Grow Rich merely by thinking. This is a classic case of expecting something for nothing syndrome.

Rhonda Byrne’s work was at least as bad, if not worse than Napoleon Hill’s. Her formula for success connected receiving something to the mystical idea of manifesting something from nothing. That one can receive something by merely asking for it and believing that it will happen. She got to build and lead an army of such believers. And why not? Why expend so much effort and energy to plan and exert when you can simply Ask, Believe and Receive?

Both, Napoleon Hill and Rhonda Byrne used the same trick every trickster has ever used. By sharing part of the truth, you make others believe that it must be complete. This is done to create an illusion of validity and superiority. To pull ideas from Nir Eyal, Both Mr. Hill and Ms. Byrne have used their duplicitous deceit to delude the demoralized.

The point is straightforward – like Andrew, everyone deserves the chance to own their success. The success that can be planned, earned, and repeated. Success needs to be actionable. Success needs to be made sensible. The Success Stairway provides the overarching strategy for making success attainable.

Read More Read Less
We use cookies on our website to give you the most relevant experience by remembering your preferences and repeat visits. By clicking “Accept All”, you consent to the use of ALL the cookies. However, you may visit "Cookie Settings" to provide a controlled consent.
Cookie SettingsAccept All
Manage consent

This website uses cookies to improve your experience while you navigate through the website. Out of these, the cookies that are categorized as necessary are stored on your browser as they are essential for the working of basic functionalities of the website. We also use third-party cookies that help us analyze and understand how you use this website. These cookies will be stored in your browser only with your consent. You also have the option to opt-out of these cookies. But opting out of some of these cookies may affect your browsing experience.
Necessary Always Enabled
Necessary cookies are absolutely essential for the website to function properly. These cookies ensure basic functionalities and security features of the website, anonymously.
Functional
Functional cookies help to perform certain functionalities like sharing the content of the website on social media platforms, collect feedbacks, and other third-party features.
Performance
Performance cookies are used to understand and analyze the key performance indexes of the website which helps in delivering a better user experience for the visitors.
Analytics
Analytical cookies are used to understand how visitors interact with the website. These cookies help provide information on metrics the number of visitors, bounce rate, traffic source, etc.
Advertisement
Advertisement cookies are used to provide visitors with relevant ads and marketing campaigns. These cookies track visitors across websites and collect information to provide customized ads.
Others
Other uncategorized cookies are those that are being analyzed and have not been classified into a category as yet.
SAVE & ACCEPT